Gifted sprinter Nature Strip has been crowned Australia’s 2019-20 Horse of the Year courtesy of his three brilliant Group 1 wins last season, with trainer Chris Waller winning the award for a fifth consecutive year.

The Winx era might be over but her trainer Chris Waller still has the nation’s premier racehorse – Nature Strip.

Waller’s enigmatic but extremely gifted sprinter Nature Strip was named the 2019-20 Australian Horse of the Year on Monday night. This is the fifth consecutive year Waller has trained the Horse of the Year winner after all-time great Winx won an unprecedented four titles before her retirement last year.

“It is amazing to get a horse like this,’’ Waller said of Nature Strip, who was also voted Champion Sprinter.

“He has gone from a horse that has been a genuine Group 2 winner, and then in one season has won multiple Group 1 races, including the biggest sprint races on the racing calendar.

“It is a privilege to be part of his career and respect should also be given to my team for the work they have done with Nature Strip behind the scenes making sure that he is well prepared and continues to peak throughout each preparation resulting in some really big wins.’’

Nature Strip had been the long-time favourite for the $15 million The TAB Everest (1200m) until his unplaced run in the Premiere Stakes last Saturday. 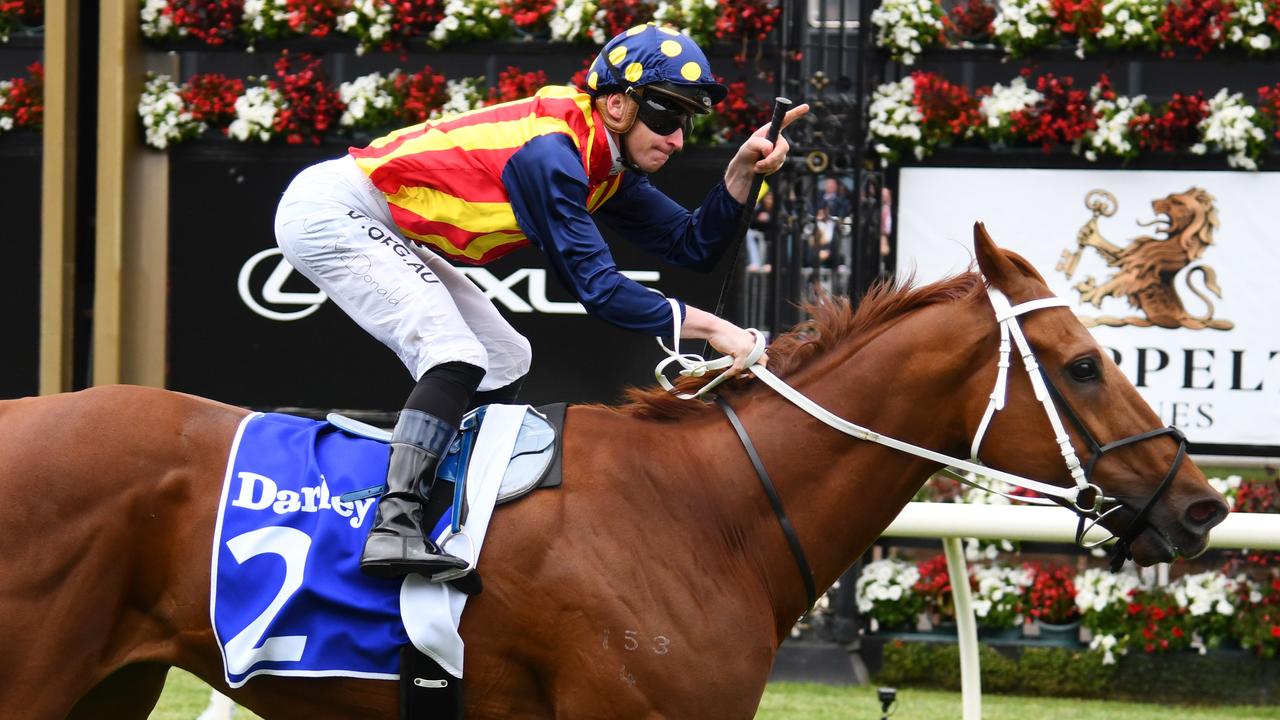 An endoscopic examination of Nature Strip revealed a mild respiratory condition and the sprinter has been put on antibiotics with Waller still confident the gelding will be right to take his place in The Everest field.

The Gai Waterhouse and Adrian Bott-trained colt can get his The Everest campaign back on track in the Group 2 $300,000 Roman Consul Stakes (1200m) at Randwick on Saturday.

Other category winners at the Horse of the Year awards were Loving Gaby (Three-year-old Filly), Yes Yes Yes (Three-year-old Colt or Gelding) and Vow And Declare (Stayer), while the Middle Distance award was a tie between dual Group 1 winner Fierce Impact an All Star Mile champ Regal Power.

The main categories were voted on by more than 60 of the nation’s racing media and handicappers, with the winner receiving the highest number of votes awarded on a 3-2-1 basis.